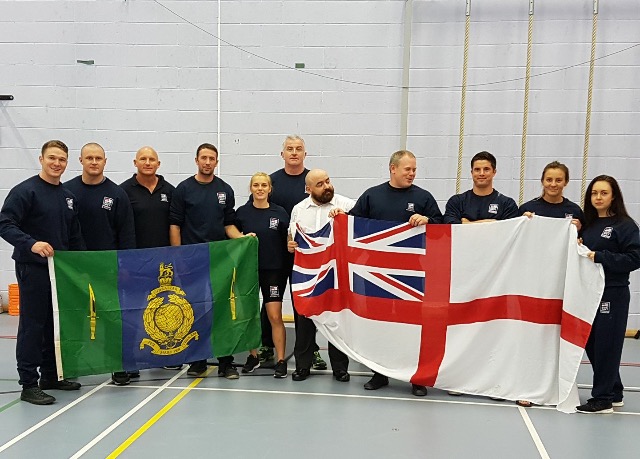 Last week was the combined services champs, this year being hosted by the Army but due to a problem with their venue it took place at RAF Shawbury. I was lucky enough to be selected again for the Navy team as a single lift deadlifter, weighing in @73.3kg.

After my disappointment at Worlds, my training and diet slumped slightly and it took me a while to snap out of it and get myself back in the gym. As such I went to combined services not really knowing where my 1RM was and so I played it quite conservative, opening at 200kg. I lifted this quite comfortably and opted for 215kg as my second lift, to which I was successful. After some discussion with the Navy team manager I went for 227.5kg as my third lift, which I failed. I can make excuses all day long and there are other factors that come in to play with why my form has been poor, but ultimately its my own fault and it comes down to poor diet and lack of training.