Wow, what a weekend! Sam and I travelled to Cardiff, Wales to compete in the Four Nations Powerlifting Championships for Team Scotland.

I am so grateful to the Scottish team for selecting me and giving me the opportunity to compete at a high level competition. It was a real privilege to compete alongside the best Powerlifters in Great Britain. I have learnt so much in just one weekend. Both female and male athletes on the Scottish team were supportive and encouraging. Just what I needed to soothe those nerves, I felt like such a rookie standing beside World, European and British record holders!

What were the scores on the doors..? Well! Irish team (by default) placed last. Scotland 3rd, Wales 2nd and England 1st by 0.4 of a point. Competition was extremely close! The standard of lifting was truly inspirational.

Now I have had time to reflect on my performance, I can say that I am very happy. Despite an early error of mine in the squat, overall I felt I performed to my best.

My lifts were as follows:

My first squat attempt went smoothly – I made the decision to open with a weight I know I can rep comfortably for 3.

Sadly, my second attempt did not go to plan. I let my nerves cloud my focus and I re-racked the weight (after a successful squat) before the judges command which meant I failed the lift. This made me feel uneasy. I was tempted to go for a 120kg final lift but felt this was too risky, and I had to think of the team first! So I finished with a 115kg. I know I have more in the tank there… 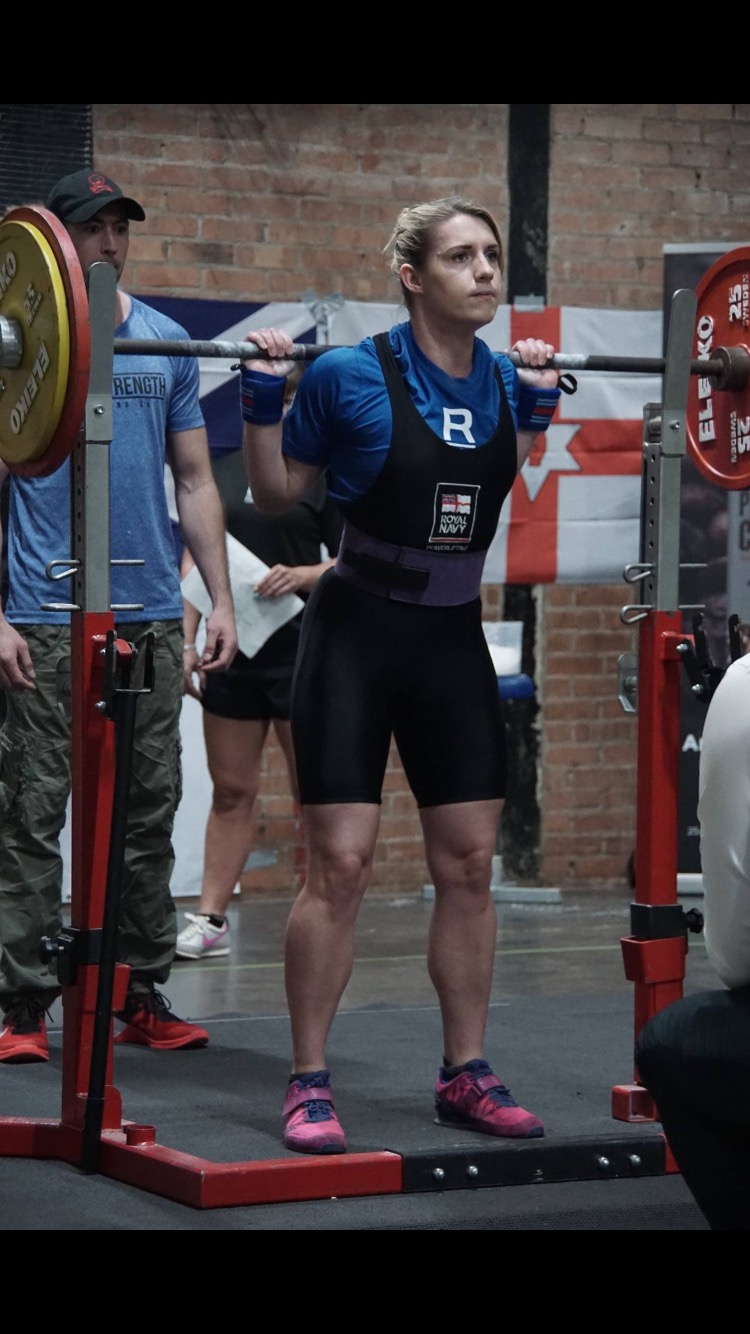 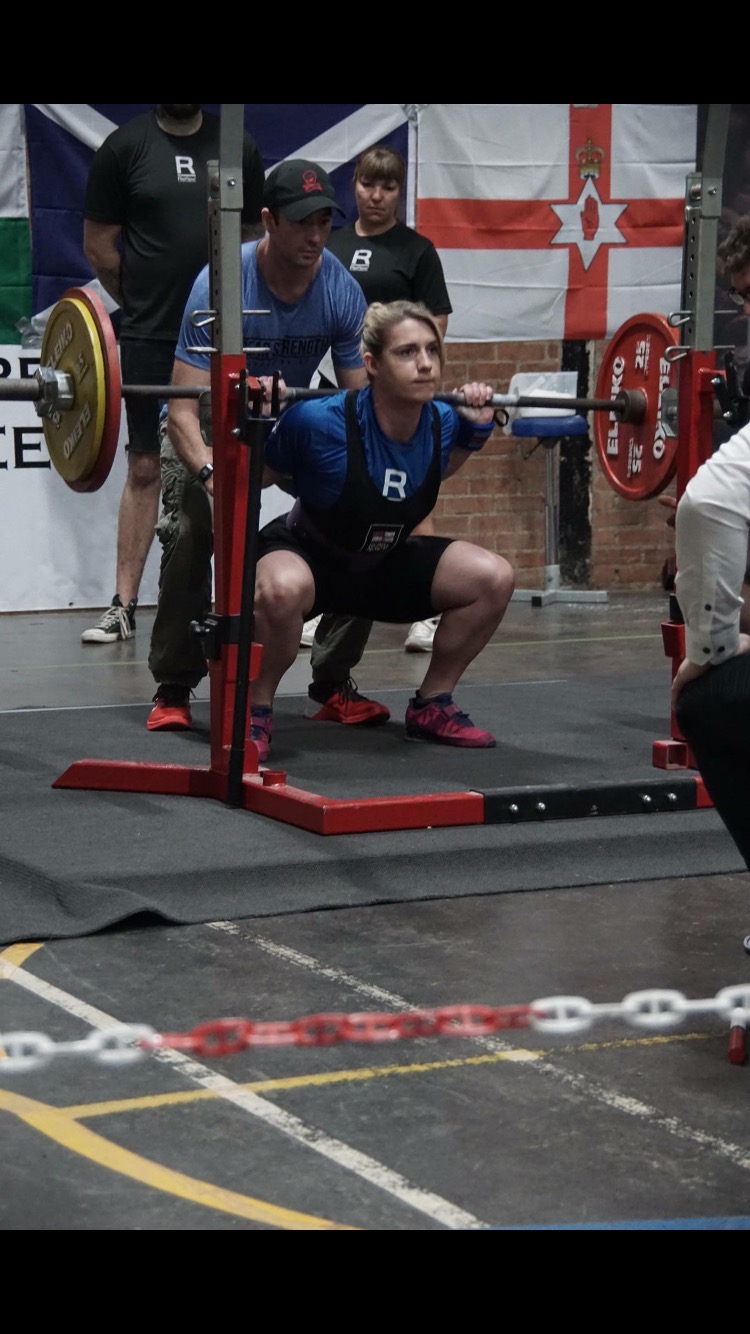 My first bench press felt very easy. I felt that I got my body into a great position. My shoulders were tucked under, my arch felt strong and my feet were sitting flat and comfortable. So, for my second lift I decided to go a lot heavier than first planned. Sadly, another NO LIFT. The judge informed me that my right arm dropped slightly meaning my left arm locked out first. For my final attempt (with the team in mind) I stuck at 82.5kg and I was successful. I didn’t feel too disappointed as this had been my planned 3rd lift despite the no lift. I tried very hard to get my head back in the game and remain confident.

In the warm up area prior to my deadlift, I suddenly became very fatigued. I had snacked little and often throughout the day. I felt I had maintained my sugar levels and had given my body enough carbohydrates to perform. Perhaps I had eaten a little too much or perhaps the intensity of the day was starting to take its toll. Either way, I was looking incredibly tired in the warm up meaning Sam and I decided to drop my opening lift from 145kg to 140kg.

Amazingly (perhaps due to adrenaline), the 140kg flew up! We decided to take a risk and make my second lift 150kg. Again, it felt comfortable! I got a great confidence boost. My head was in the game now, my sickness and fatigue slowly disappeared and I felt that I could set a new Personal Record at 155kg – and that I did. Final lift successful.
This weekend has taught me a lot. It taught me how to erase the doubt in my mind after the no lifts. It taught me to keep pushing through the sickness and the fatigue. To switch off the negative niggling thoughts in my head and to focus. For the first time in competition, when I walked up to the platform I knew that I was going to lift that weight. Now I must work on tuning in to the judges commands! Practice makes perfect I guess.

Finally, I must say a huge thank you to Sam for being the best coach and supporter I could wish for. From making sure my water bottle was always filled, to helping me mobilise to being the mastermind behind my opening lifts – without him the weekend would have gone very differently! Thanks coach. 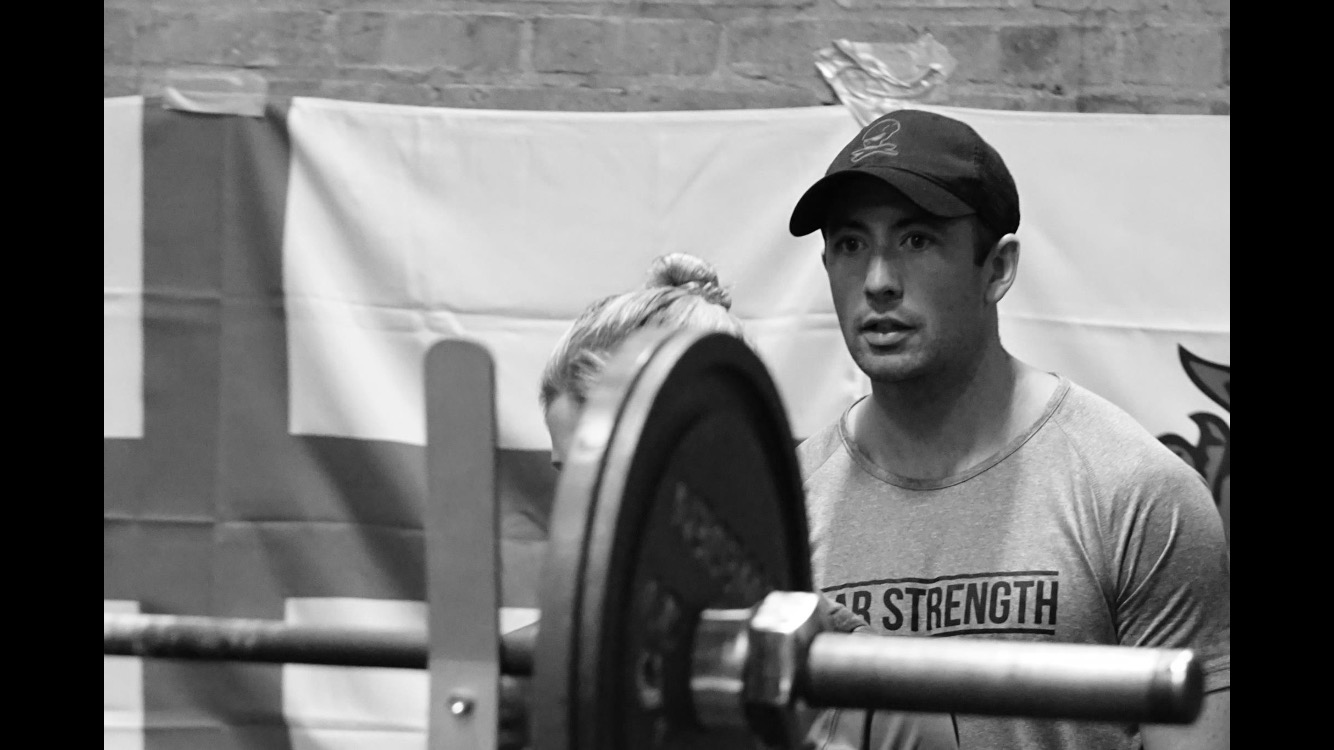