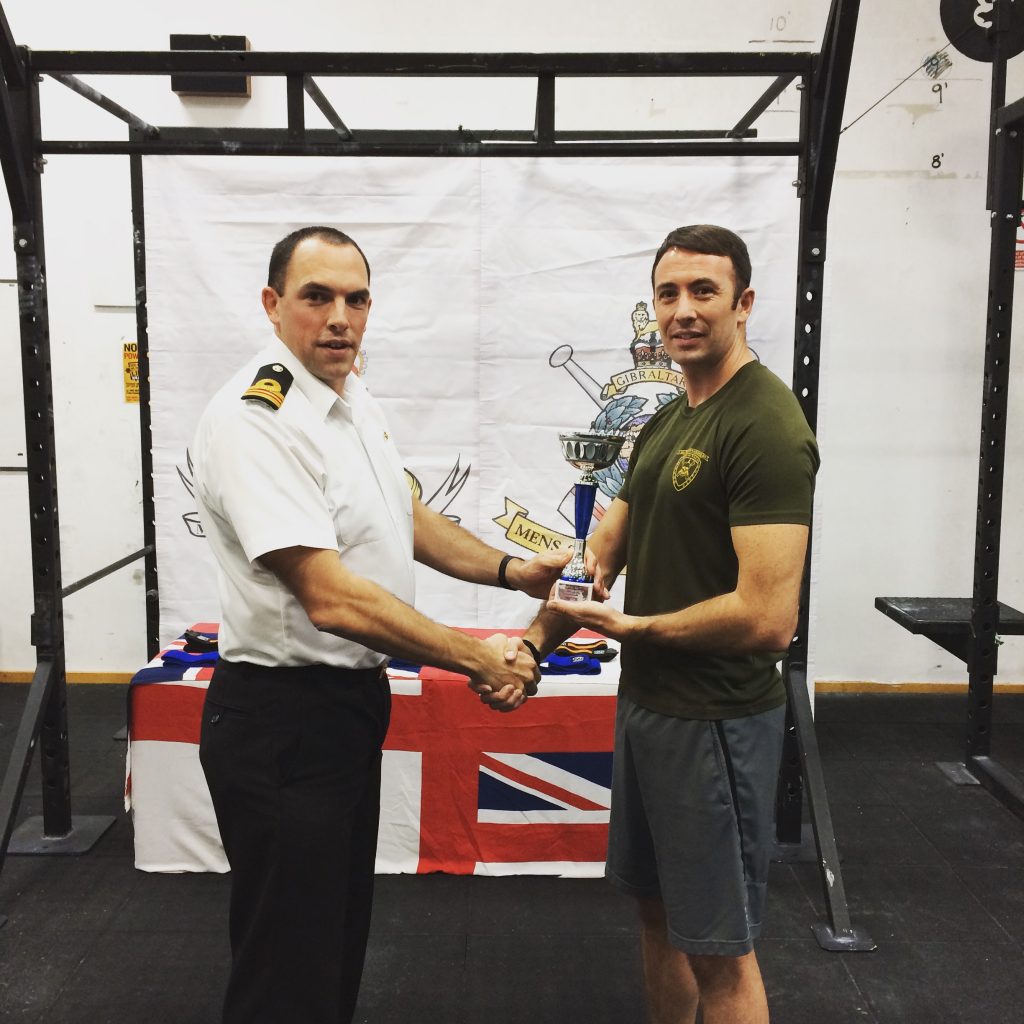 The Northern Region Champs took place at HMNB Clyde and this time I entered the competition full power rather than single lift deadlift. I haven’t competed full power for 12-18months and in all honesty I’ve missed it. I’m thankful for my success in deadlift, but competiton days drag when you’re the last to lift at every event, and so today was a welcomed change. I opened my squat with 120kg, followed by 130kg as a second lift and a third successful PB lift of 140kg. This is a huge improvement from my last full power where my PB was set at 120kg. The bench press has always been a weakness of mine and again it showed. I opened at 85kg to the progress to 90kg as a second successful lift but failing my 3rd lift at 92.5kg. Any hints and tips for those of us with longer leavers would be greatly appreciated. Finally the deadlift, which is always a favorite of mine for obvious reasons and thankfully I had last weeks combined services to base my lifts upon. I opened at 200kg, opted for 215kg as my second lift and 220kg for my third lift, to which I was successful. A better performance since the last 2 competitions and after weighing in at 73.3kg I’m back up to 3x body weight.

Although the majority of lifters at today’s comp were new to the sport, I’m pleased that I won overall and with my own lifts. It’s the kick I’ve needed to get me back into the sport and hopefully I can progress from here on and be successful at British Nationals next year.